The word of the day in our household yesterday was router.

This is for you, Dear.

Before we go any further, let me state for the record:  I will always love crossword puzzles.

That doesn’t mean there isn’t room for something else in my head though.

Watching a co-worker whip out page after page in her Sudoku book yesterday during a break, I remarked on the hopelessness of figuring out the reasoning behind it all.  Numbers and squares; what’s with that?  Ugh.

At least with crossword puzzles, I learn all sorts of obscure facts like… a five letter word for “grain fungus” is ergot and another word for “present purpose” is nonce.

We all knew this, right?

These things will obviously come into play someday to spice up a screenplay or help me win some trivia game on New Year’s Eve.

My new tutor took this comment as a challenge and set out to teach me how to play Sudoku.  She tore out an easy page (one star) and showed me how she liked to begin. 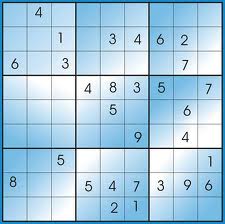 At least the color’s pretty.

I resisted, but she persisted.  A personal crusade, it seemed; she was not going to give up until I at least understood her mechanics.

(Not to mention the pronunciation which is “Sue-DOUGH-Coo”.  Here’s a verbal example on You Tube.)

As the gears in the rusty logic portion of my brain began to shift almost audibly, I suddenly remembered, oh, yeah, when I did my homework, I actually liked algebra.  She gave me an A+++ in red ink next to the star after I completed the puzzle in apparent record time.

Satisfied, I asked for another.  This time she gave me a page with two stars.  Ouch.  It took a lot longer, and… when she double-checked my work, I’d made a couple of mistakes.  Fortunately, I used pencil, because those couple of mistakes changed the whole landscape—just like crossword puzzles.  She gave me a B- that time.

When I showed my results to my husband, he jumped in enthusiastically, determined to show me how his method succeeded every time, and I must say, he was pretty good, too.  I also think he needed a break from the pesky router situation, which, in the end, he fixed by buying a new one.

Jump forward a couple of hours as I brainstormed my query letter for my current screenplay, SOME DAYS YOU GET THE DUCK.

…some days you don’t.

With that new router of reasoning carving an unexplored river in my mind, a fresh idea formed and rode the current.

Suddenly, a breakthrough reverberated all the way through the screenplay, and, albeit biased, I think it’s more entertaining and vibrant.

At the end of the day, Sudoku helped write my query letter, and I’m off to the races. 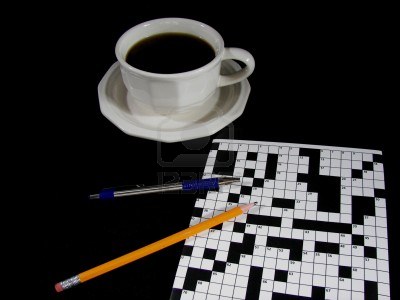 4 Responses to How Sudoku Helped Write My Query Letter