Living With A Bat

It’s been a while (over a year), but I remember.  Oh, how I remember.  My heart stops at every creak, odd noise, and unusual silhouette on the wall. 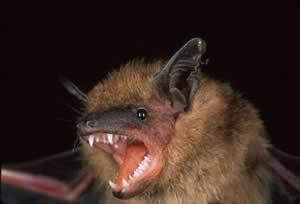 While not our exact bat… you get the picture.

Once again, I wear a baseball cap throughout the house, there is a coffee can (and lid) in every room (lovely décor—not), and I’d like to say I sleep with one eye open, but I don’t. really. sleep.

Which means I’m edgy, nervous, tense, and grouchy when I creep out of bed in the morning.

Also immediately vigilant, switching on every light in the house like a Christmas tree for the neighbors’ amusement. (Oh, weren’t those my dad’s words when I had too many lights on?)

Like a hawk, I watch the dog and cat for any trace of recognition of that dark erratic shadow. 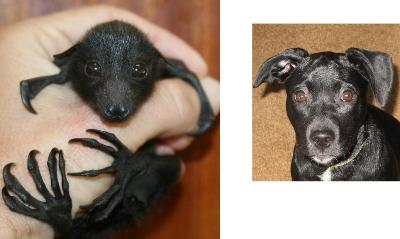 Even the dog is starting to look like a bat.

I try to goad my husband into acts of bravery he has yet to imagine.  Actually, I’m still trying to get him to acknowledge he hears “it” scrabbling above the drop ceiling in the basement where we watch TV, where I do the laundry, where I have my art studio, where I do my exercise routine. 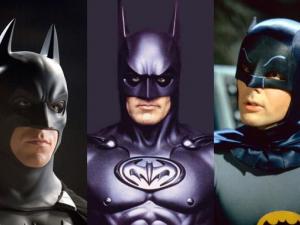 Any one of these Bat-Guys could appear.  Think I would prefer George.

But even when the clawing, fluttering, sudden stops and starts of “it” and my heart synchronize, what does my Man of Men say?

“It doesn’t matter if I don’t hear it, honey, all that matters is that you hear it.  I believe you.”

Somehow, he also manages not to see the heads of our pets twisting to follow the path of the unseen (as of yet) critter.

Nothing freezes my blood more than the sleeping cat on my lap suddenly raises her head to stare behind me with big alert eyes while I rotate so slowly–like a praying mantis in slower motion until I see nothing except the wall.  She’s heard it, but she can’t see it.  Or has she?  Has it already flown away?

It could be a mouse, I guess, but here’s the thing.  In 14 years, we’ve never seen a mouse, and each time I’ve heard that tell-tell sound (at least 7 separate incidents now; I’m losing count), a bat has sooner or later appeared, swooping to its heart’s content trying to find a pathway out of the house. 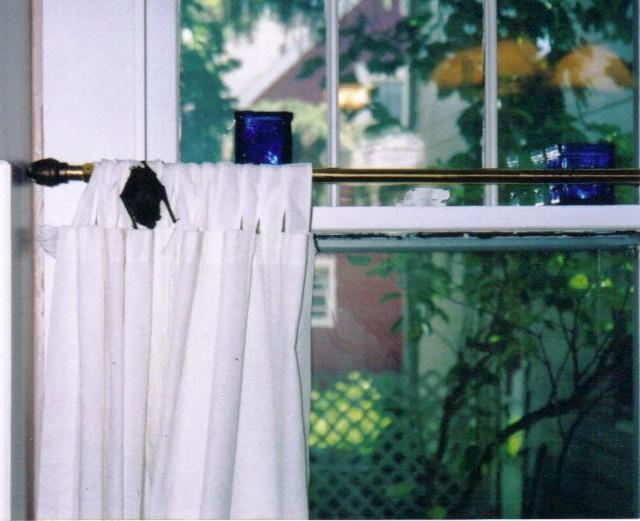 Our first bat was quite a surprise.

Because, at any moment… and since I’ve been hearing this intermittent sound for almost two weeks, I know, the bat knows, and everyone reading this post knows—the bat’s emergence is imminent. 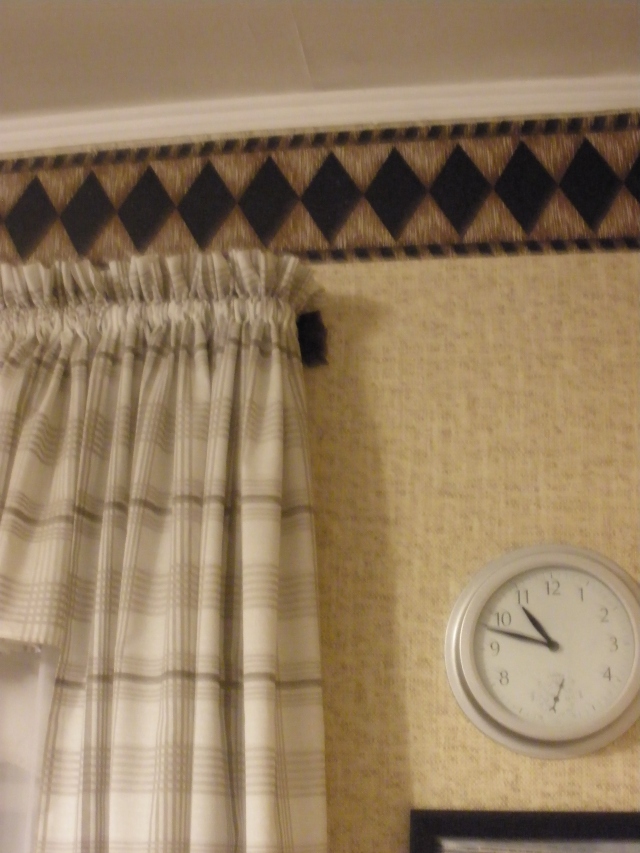 The most recent bat my husband captured, sort of.

So, not only am I living with a bat I urgently fear is rabid as was the last bat, but I am home alone.

The cat and dog do not count as they’ve had their rabies shots and a foreign creature in their home = high amusement.

Halloween is about three weeks away.  I may have to make a preemptive strike. 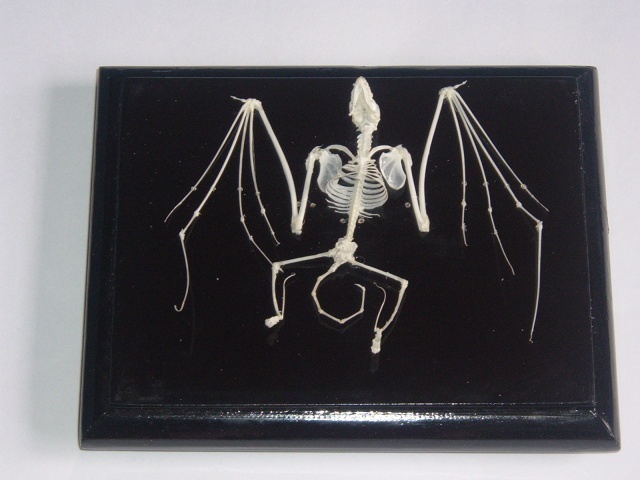 Creepy to think “this” can squeeze through a quarter-inch opening…

PS:  If you haven’t been aware of our past bat antics, you can catch up here in reverse-chronological order:  Holy Bat Guano!, Coyotes & Possums & Bats – Oh. No.

PPS:  Yes, after the rabid bat, we did pay a tidy sum to bat-proof our home.  The “Critter Control” people are now on speed dial, and I am waiting for a return phone call.

6 Responses to Living With A Bat