For Better or For Worse… Um… What exactly did I agree to in those vows?

In a couple of weeks, Paul and I will be (quietly) celebrating our 20th wedding anniversary.  That’s pretty big.

As I was wrestling with some ancient pavers from my brick stash to accentuate my new lavender area last weekend, I let out a strangled scream when I noticed a gray mouse stretched out inches from my foot.  Only my guy didn’t come running to save me.

I froze waiting for the mouse to make a move.  It didn’t.  Slowly it dawned on me perhaps the mouse was dead.  Poor thing.  But then I realized I would have to dispose of the body.  Its little dead eyes were staring at me.  Ack.

Where did it come from?  The brick pile I was bare-handing?  Ack again.  I’m always careful to watch for snakes in case one has curled up in the warmth of sun-soaked bricks, but this mouse… well, he didn’t look like he’d been trapped for a long time.  Actually, he looked perfectly alive, except he wasn’t moving.

So… I found a garden stake and oh, so gently, prodded him.  He was stiff as a board.  Gross.  Now what?  I’ve had my share of single days and trust me… I’ve done what I had to do when I found dead birds, dead squirrels, and more.  But, once I got married, well… those kind of chores got shifted off my “to-do” list to Paul’s to-do list.

That got me thinking about our marital division of duties.  Paul did 99 % of the cooking, grocery shopping, lawn-mowing and heavy yardwork, vacuuming, car maintenance, home repair, financial paperwork and 75% dog-walking and dishes, while I did 99% laundry, straightening, setting the table, gardening, decorating, and remembering birthdays and anniversaries.  Fifty-fifty (negotiable) items like cleaning the bathrooms depended on company stopping by – if you know what I mean.

It might seem a bit lop-sided, huh?  When I began working 40 hours again, I wily negotiated the household duties so I could also take a year-long masters screenwriting program (MSC) and step up to the writing plate once and for all.  Also, part of the reason we were able to make this arrangement was because of Paul’s flexible arbitration schedule, allowing him (as he often told me if dinner was a bit late) to rearrange his duties to go wind-surfing, or dare I say… mountain biking on a glorious Tuesday afternoon. 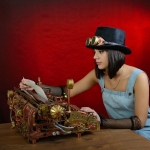 Enjoying the respite of food preparation from the month-long smorgasbord parade of lovely meals (and I have enjoyed it) since his accident, I’ve fallen off my “green” diet, which I had adopted to combat the hives I get.  (Yes, I’ve seen specialists and that’s an article in itself.)  Now my hives are back, worse than any time in my life.  They  re-appeared two years ago when I was training for my Olympic triathlon and are now aggravated by various things.

Bottom line, Paul didn’t sign up for Hive Woman (who, it turns out could care less about actually cooking), either…

So, back to Paul… his condition continues to improve to the point where yesterday he had his first occupational therapy session at the out-patient facility.  He’s agreed to possibly guest-blog about his condition, so I won’t steal his thunder here, except to say, he’s got major work to do (on one test his left hand scored a 40 while his right – dominant – hand scored a 2), but now he can measure his progress, which means a lot to my goal-oriented guy.

Near the end of June, instead of visiting Bar Harbor, Maine, where we wed on the seacoast amidst the lupines, we’ll probably get some champagne, hopefully a bit of chocolate, maybe sneak off for a picnic, and celebrate the fact that we’re blessed to be as well off as we are.

This is pretty much how it looked…

As always, we are thankful to our neighbors, friends, and relatives who continue to mow our lawn, bring in our trash cans, walk our dog, provide food, and pray for us.  It is much appreciated as we continue Paul’s recovery.   Love, P & G

6 Responses to For Better or For Worse… Um… What exactly did I agree to in those vows?